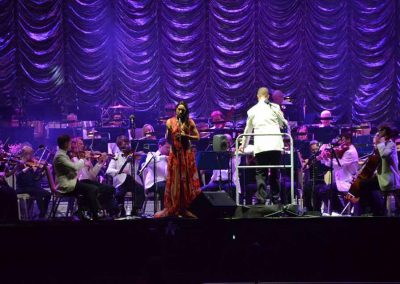 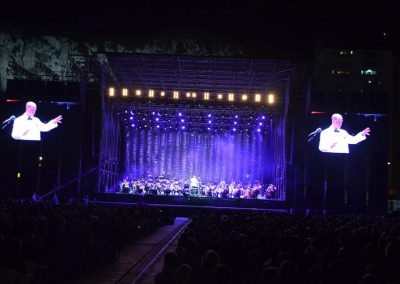 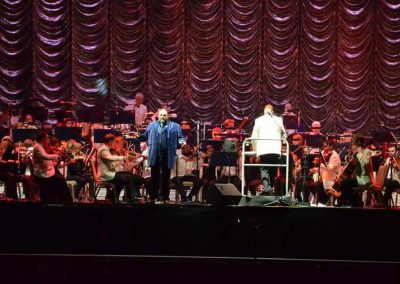 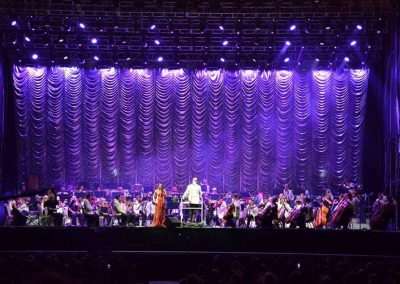 The Royal Philharmonic Orchestra, founded in 1947 in Great Britain, is one of the most famous and prestigious symphonic orchestras in the entire world. The past 9th of September, the Royal Philharmonic Orchestra offered an incredible show in Gibraltar at the Victoria Stadium, with the participation of the soprano Laura Wright and the tenor Wynne Evans. All the sonorisation was in the hands of one of the most important companies in the spanish territory: Algo Suena. By the hand of this highly professional team, all the sonorisation was a complete succes. Some of the sound reinforcement for this spectacular show was from Tecnare, specifically, the models V12 from the V Series, used for sidefills and monitoring.
← Chanquete World Music Public Affair Restaurant →